This is the World Famous TelemarkTalk / TelemarkTips Forum, by far the most dynamic telemark and backcountry skiing discussion board on the world wide web. We have fun here, come on in and be a part of it.
Post Reply
132 posts

the boot? I think it was an older Alpina boot with lots of mileage on it. A duct-tape job would have been enough to get home but I didn't have any, just sort of shuffled 1-2 miles out with my foot resting on the ski.
"All wisdom is to be gained through suffering"
-Will Lange (quoting Inuit chieftan)
Top

The snow will come... once we get some steady cooler temps, and the ground freezes... then we'll be ready for the good stuff!
Top

Been clipping on walks....Got whipped in Horseshoes by Teleking and Snowshoe Donny....Just waiting for a change in the Jet Stream....Yesterday did Teleknob and it was TERRIBLE....Being out there was good....Wonder if the Rebounds have any bottom left....Double camber got me across some streams without touching water....Coyote tracks and silent....TM
Top 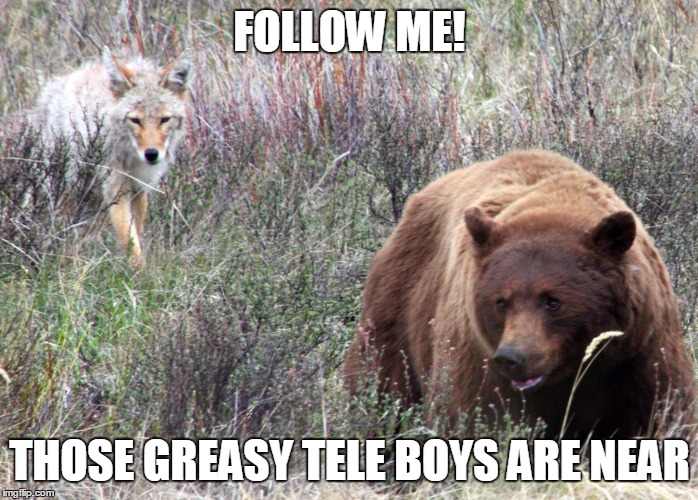 Bear-man, really good pictures....Anyway went up to Teleknob and a car pulled in right after me....Turned out to be Telekid....Up we went he using green and I blue extra....Dark green or lite blue would have been the ticket...I went up easily, he a bit of slip....He was a rocket on the 99's and I slow on the 109's....(Good for both of us)....Mostly survival skiing but in semi flats a few good arcs were had.....The rest of the ski as I said was trying not to smash a tree, grind rocks, slip limbs and branches...bounce off punjis....Good fun....20o and it was sleeting and freezing ice pellets...tiny things....looks like some small amount of powder on top this morning...@ 5 INCHES!!!!! TM
Top

Teleman, Got to do a little sidecountry over the weekend and it was great, 4' of fresh snow and me had so much fun ended up skiing the last lap just on 3-pins totally forgot to flip the heel pieces and it was to good too stop. Hope ya get more snow soon.
Top

Think you would have liked the Waltz yesterday, Teledance.....My 55mm waist when weighted pushed into the 5 inches of heavy snow lifting the shovel in a rocker like way....Could do a slow "Dance" for a couple hundred yards of sweet ride the rail arcs...Also thinking that the skis I have would work well out there about now... Wanna trade?...Your 4 feet for 5 inches?.....Still it was the best of the year...TM
Top 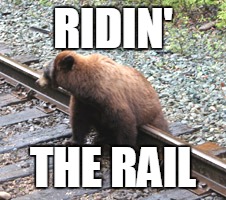 At least the rail turns....This was like being in JAIL.....A moving jail with trees up ahead....waiting....and it wasn't long in coming!!!! Was reduced to step turns!!!! Wonder what today will bring....TM
Top