Real reviews by real skiers. What a concept! Add your own today. Reviews only please, questions can be posted as replies but new threads looking for opinions should be posted to the main Telemark Talk Forum.
Post Reply
127 posts

The soles are more or less the same size. It's the boot itself that's narrower.


I am finally getting a pair of these!

Update on breaking in my Ski Marches: 6 BC outings in 12 days on trails in Fraser, CO. and Rocky Mtn Nat'l Park on snowshoe and skier-tracked trails. Each tour was between 2.5 and 3.5 hours long, between 8 and 13 k. Yes, the tour times included lunch, frequent adjustments to gear, clothing, nasal passage clearing (any excuse to bring my heart-rate down from the danger-zone), and yes, lots of water-gulping and pee-breaks. I've valiantly resisted the temptation to go back to my reliable super-comfy Arkos double-leathers while I work diligently (some would say 'heroically'!) at breaking in the Alico's. No visible abrasions yet, certainly no bleeding. I do have to work at getting the sock thickness and especially the lacing tightness just right to avoid discomfort in two spots, one on each foot. Didn't someone in here once advocate submerging both boots over their tops in an icy river and cheating death by hypothermia by somehow limping home again in said soaking boots either on or without skis (just toss the bastards!) to find that several days later said boots become soft and as submissive as pussy-cats? Did someone say that, really, and if so, is that someone still freely roaming around this sacred telemark site? Perhaps he'd care to step outside behind the shed, he, of course, in his frozen leather ski boots. He can face my lawyer who will, predictably, be shod in very lawyer-like warm dry moccasins. But I digress. The Ski Marches. And what a name! Conjures up the rag-tag remnants of an army retreating from Moscow on frostbitten toes and blisters the size of silver dollars. On my feet one potential sore spot, predictably, is where the leather creases during the kick movement. The other trouble spot is on the opposite appendage across the upper foot where the fourth and fifth eyelets are located. It's been a slow process, but I'm optimistic that the boots and I will eventually come to some sort of understanding. We might even have to agree to disagree. So far, though, I've been quite happy to pry them off my feet after modest 3-hour outings. As for my carving tele turns in them, er, um, not yet. Trails around here are consistently narrow. They resemble 2-foot-wide bob-sled passageways trampled down into deep unstable snowpack bordered on both sides by unforgiving lodgepole pines. I'll try the boots out for elegant turns when (if?) I encounter more open slopes with good powder-over-hard-base. Ah, those dreamlike forested backcountry tele descents! They remind me a lot of Hollywood car chases. You know how it always appears that everything falls conveniently, no, 'miraculously', into place as the good guy in his hot, fast, and very obedient car successfully negotiates fallen-down bridges, flower pots that when hit at the correct speed and angle become efficient ramps, steamrollers, fruit and vegetable stands, transport trailers, drunk drivers, texting pedestrians, well, you get the idea. Both James Bond inspired car chases and Warren Miller-style ski descents look easy, almost natural, but actually, I'm increasingly convinced that they are f---ing with our minds! The un-photo-shopped, zit-on-the-point-of-the-nose reality is that trees, shrubs, roots, branches, logs, stumps, rocks, surprise steeps, and drop-offs (and did I mention lodge-pole pines?) do tend to make the most inconvenient appearances! So, friends, failing discovery of those perfect off-piste environments, the stuff of which tele dreams are made, yes, failing that, I'll do my best to give my Alico Ski Marches a shot at the local lift-served resort under more controlled, i.e. 'contrived' touring conditions.

^^^ Now THAT is a review! Also why I left my Ski March at home today in favor of some well broken in leather. Guess I just wasn't in the mood to deal with the whole car chase thing.

But seriously, I'm having toe pinch issues with mine also, just on one boot. It isn't super bad and should work itself out in time. I found that the UK size 9 regular works fine with my size 9-1/2 very wide US feet after some extensive stretching.
Top

nice! some good 'schwacking occurs out west too!

flailing through tight trees sounds more like a typical day in the east.

I've posted this before - everyone with leather boots should have at least one of these boot stretchers from Footfitter.com - you can place little knobs on the stretcher and leave it in place for a day or two. It will magically push out sore spots and can save days of horrible pain - greatly speeds up break-in time! they're made in Germany and strong enough for burly boots like Ski March

https://www.footfitter.com/footfitter-p ... -stretcher
"All wisdom is to be gained through suffering"
-Will Lange (quoting Inuit chieftan)
Top

I am really sorry that you guys are having trouble breaking in the Ski March. Mine have fit well from the start. My new Alaska NNN feel like they were custom made to my feet. I have never, ever, had any footwear fit me like my new Alaska. They fit so nice, and I can turn my USGI, i may end up being a NNN guy for skinnier skis.
That doesn't mean I don't love my Ski March. Stiff soles for turning power, and sweet leather flex. The only thing that could ruin that is if your foot does not fill the boot's volume. Then that sweet supportive leather would become the pinch point of death. For me the wool insoles take up the extra volume completely. Because the fit is solid, there is no slide or slip in the insole, and consequently it does not wear.
Top

I have 2 pairs of Ski Marches, sizes UK10 and UK9. The larger pair was a bit of a pain to break in, but the smaller pair has been relatively easy. There are no real hotspots other than the back of the heel, but taping my heel and double socks prevent any blisters there. Also lacing them tight prevents heel lift. I used to do a lace lock below my ankle, but now I have started to do surgeon's knots between all the lace hooks and got maybe even better results.
I guess that having them fit better makes the break-in easier, and the smaller pair also seems to have slightly less stiff leather. The heel rub is mainly caused by the stiff sole, in my opinion.

I hope everyone gets their Alicos properly broken in, as they are quite nice boots in my opinion!
Top

I'm having a similar experience with my UK9s and UK8s.

I did rub in some of this birch bark tar / beeswax grease that may have softened them up a bit:
https://www.lundhags.se/en/products/kae ... ease?c=000
Top

flailing through tight trees sounds more like a typical day in the east.

I've posted this before - everyone with leather boots should have at least one of these boot stretchers from Footfitter.com - you can place little knobs on the stretcher and leave it in place for a day or two. It will magically push out sore spots and can save days of horrible pain - greatly speeds up break-in time! they're made in Germany and strong enough for burly boots like Ski March

Canna, if a pinch point is from too much volume, would a footfitter push out the leather creating a bellow? Similar to a plastic boot bellow. Or, are you recommending ordering boots a bit small and punching them out so you don't deal with pinch points?
Top

fisheater wrote: The only thing that could ruin that is if your foot does not fill the boot's volume. Then that sweet supportive leather would become the pinch point of death.

I've got short, wide, but relatively low volume feet. I guess you'd say my foot depth is low? So in hiking boots I'd buy supple leather boots that break in easily such as Keens, or buy stiff lather boots either wide or upsized. This led to "slop" in the front end of the supple boots once they broke in. And toe-pinch during prolonged steep ascents with stiff boots due to the extra boot volume to compensate for my high width.

The best thing I've found to compensate for this is sheets of rubberized cork gasket material from the auto parts store. It's dense and designed to only compress under high pressure, so it doesn't pack out. It's easy to cut into any shape so you can use it to take up volume in a targeted area of the boot. And it's cheap! Something like $12 a roll at Canadian Tire. Use your insole as a stencil and cut to desired shape. Place into your boot, cover with your insole, and it takes up volume without you feeling any ridges. I use thin 1/16" sheets so you can add and remove layers until you have the perfect fit. Might help fill volume and alleviate toe pinch issues some have experienced in the stiff Ski March - it definitely helped me maintain a perfect fit at the other end of the spectrum as my soft, high volume Alfas broke in. 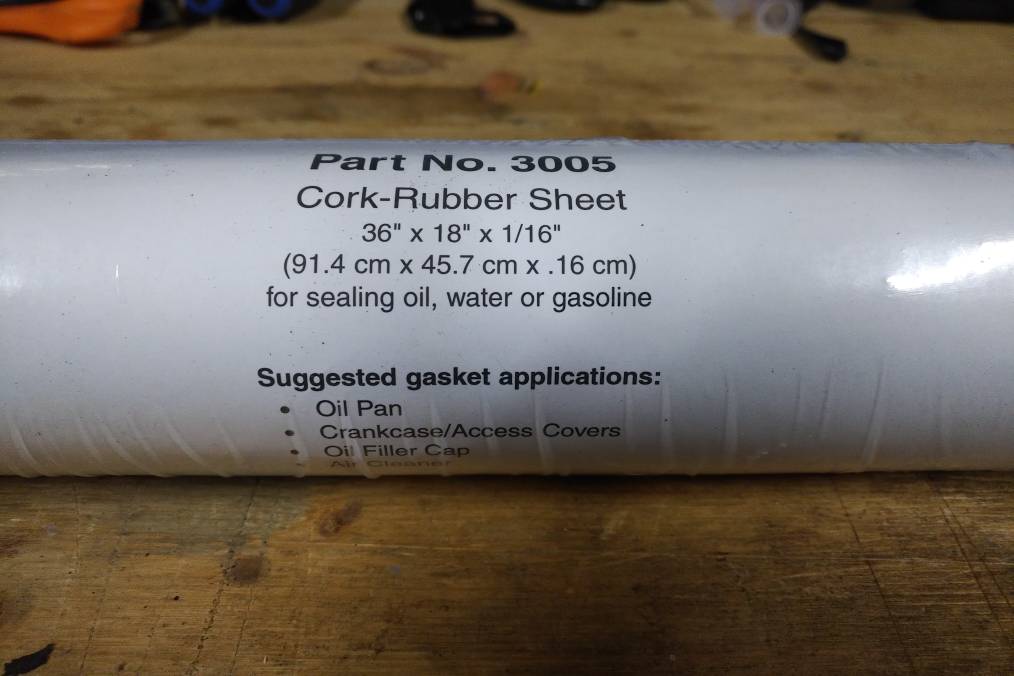 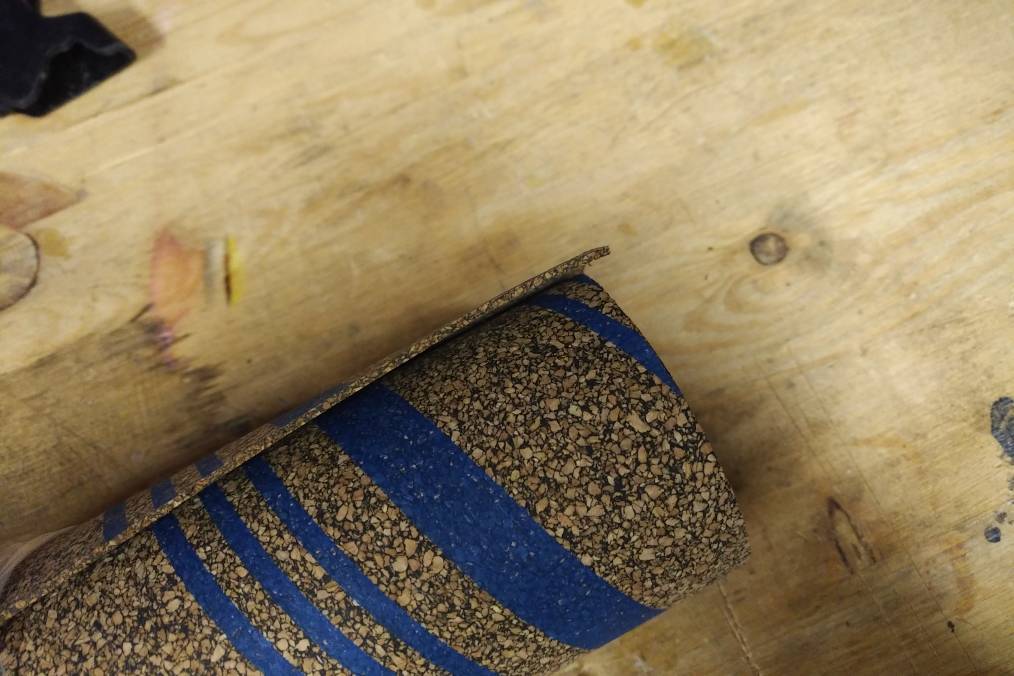 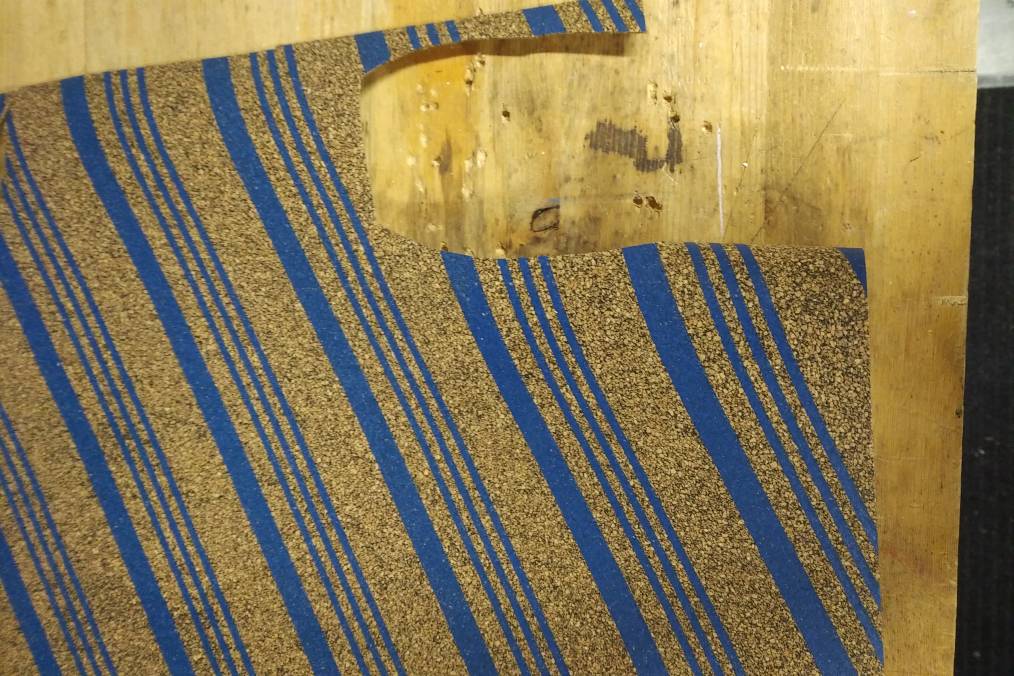 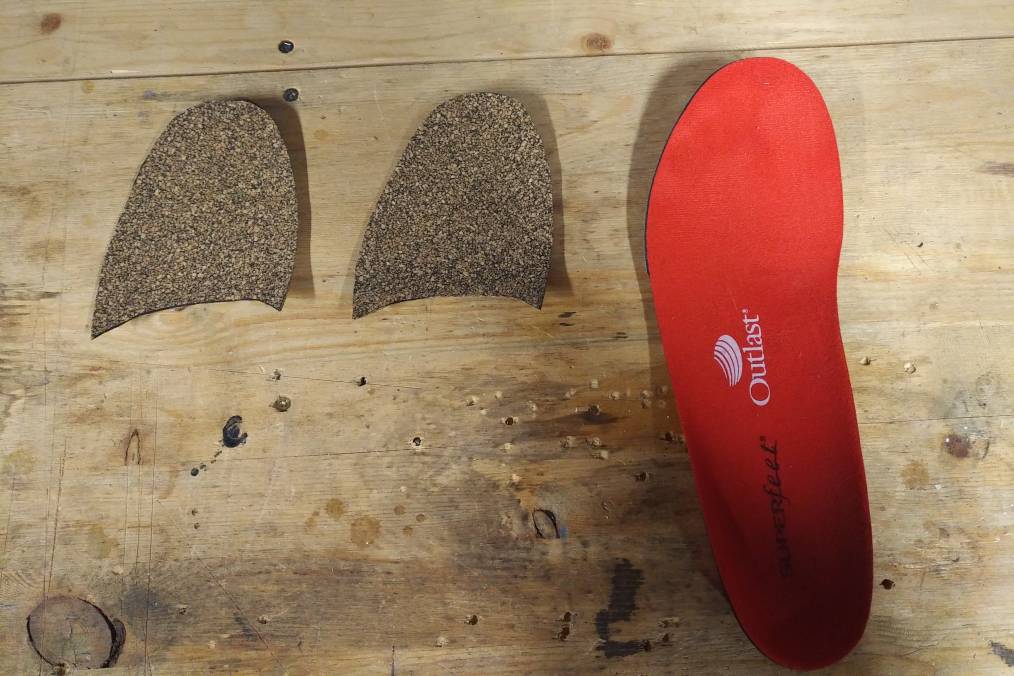 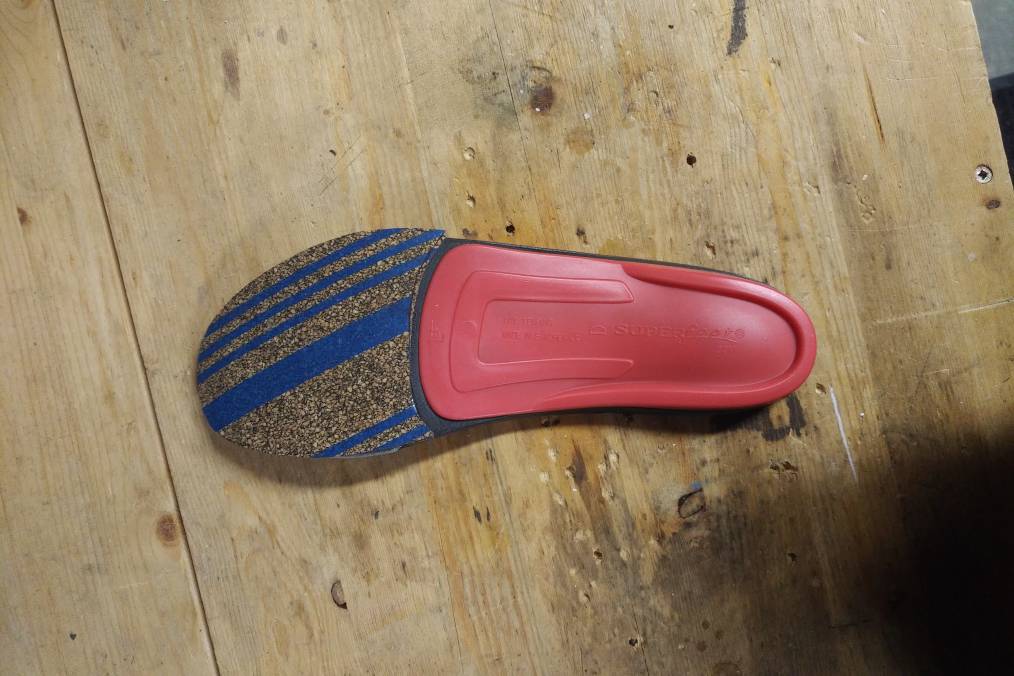 Great idea Smitty! If my wool felt insoles ever wear out, or I need to take up volume in another boot cork gasket material will be high on my list.
Top