Get psyched before your own next trip... fire your imagination and expand your horizons while discovering new telemark and backcountry skiing destinations from around the world. Our Trip Report Archive is packed with inspiring and informative words, photos and video, it’s a wonderful resource made possible by the contributions of thousands of enthusiastic members of our community. Come on in and get your stoke on…
Post Reply
3 posts • Page 1 of 1 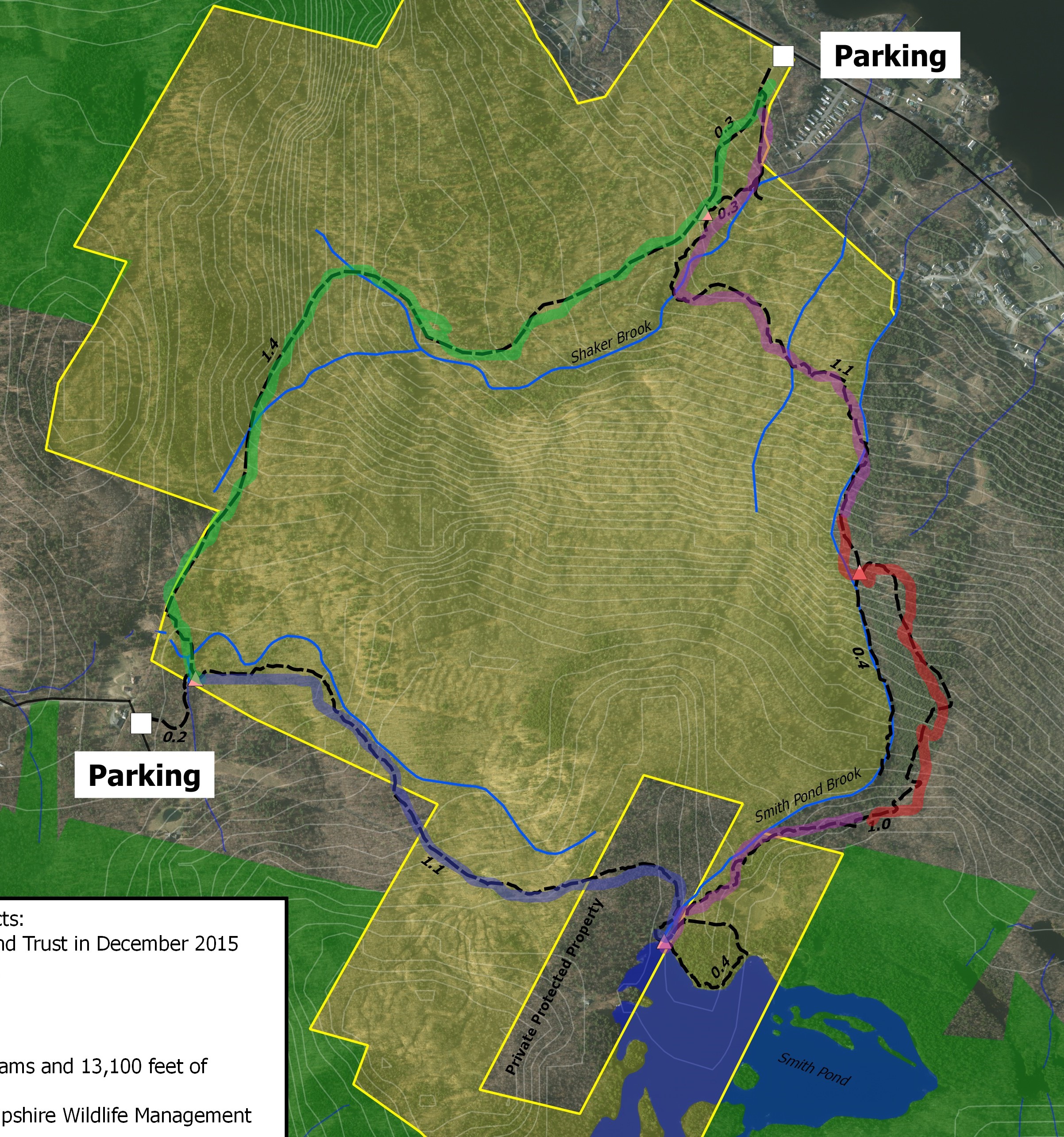 Despite rather poor weather, high 30s with a consistent drizzle I decided to check out this loop. The a parcel of land is owned by the Upper Valley land trust and is maintained for foot traffic and ungroomed. The 5.2 mile loop took me about 4 hours with a few short breaks and a couple slopes done more than once for fun. It ranged from skiing like snowshoeing, completely un-ski-able, to pleasant retired logging roads and easy hardwood glades.

My route, and the one I likely would suggest for one wanting to do a loop, was starting from 4A and taking the east trail. The beginning of the eastern trail was mostly skis as snowshoe kind of terrain but was very pretty and followed along a hand dug canal that used to supply water for the Shaker settlement in Enfield Center (this is the area marked pink on the trail map above).

It slowly ramped up in elevation and pitch and got to point were I was comfortable climbing but not descending on skis. The trail was steep, twisting, and rocky and continued to climb with a steep drop off to the right. At this point I switched to walking, micro spikes probably would have been nice here, until I passed the height of land and then descended on foot until I felt comfortable on skis again (this is the approximate area marked red). There would have been some great views in better weather.

The trail mellowed out again and I came to a small waterfall, named Small Dog Falls, before connecting to a small gravel road a short distance from Smith pond. I took a short break at bench over looking the pond and then continued to what was likely my favorite section (marked in purple). The trail had moderate easy grades and twisted through some hard wood glades. This section was a real blast.

The final section (marked green) was a retired logging road. It was pretty open and I only really had to avoid drainage ditches and water bars. I was able to stride through some pretty relaxed tele turns and made quick work of the remaining mileage since it was predominately down hill.

Overall, I enjoyed the loop quite a bit. The trails are well maintained and the scenery is top rate. In the future I may opt to go out and back on the western trail and potentially continue on to Half Mile pond, but on a day with good visibility I don't think I'll pass up the views from the eastern trail.