The no kill diet?

This is the place to debate politics, global warming, and yes, even the origin of man, whatever. Simply put, if you want to argue about off topic stuff, you've found the right board. Have fun!
Post Reply
18 posts

I think you know what my scientific mind means Johnny... it wasn't meant to be harsh... just real. I cannot prove or disprove either way. I used to be very atheist until I decided that thought was as much based on faith as was a belief in God. Now I'm perfectly balanced in the middle and I waffle back and forth with little bits of info that make me think there might be God vs. others that make me think that God is a human construct.

What do you think about when you ski? I asked my wife. She said most of the time nothing. Skiing is my meditation - it takes just enough physical, muscle memory and balance to put your mind off of conscious thought. It drifts away in 10 or 15 min bursts where I have no recollection of what I was thinking about. Then sometimes hours. This is why touring can be so meditative. It doesn't have the breaks of going up and down like resort skiing - you can truly get out of your own mind.

I also do the same thing in a boat. It's very similar in that sense. There is balance and enough repetition with correction via the strokes to make your mind go blank. Only in smooth water though, in wind and waves or rapids you are very much in the moment.
Top

So what about vegans using leather boots? Justifying that would require some extraordinary enlightenment!

Oh, the answer is very, very simple! Just think about it for an hour and you'll find the answer. Seriously, try it. Take an hour, before you go to sleep or when you wake up in the morning and meditate on it. You'll see how good it feels to live in Love's kingdom...

You're right Johnny. It IS very simple. Anyone can justify an action that contradicts their beliefs if they try hard enough. It's called lying to yourself;) Just saying...
Top

It's totally useless, it only complicates things. Science tries to explain things that don't even exist. Science itself creates things, creates concepts, creates theories. I told you I was 100% on the science side when I was younger. Until I found out that science was still spending millions of dollars and building HUGE laboratories in order to try to understand very simple things that Buddhists figured out by themselves without any sort of machines centuries ago. My worldview is the exact opposite of science now...

I always was a big Stephen Hawking fan, I really enjoyed his works when I was younger. It's interesting now that the movie is out, he attracts more new fans and we hear more and more about him. Here's a nice quote that recently came back in the media by the guy himself:

"Why are we here? Where do we come from? Traditionally, these are questions for philosophy, but philosophy is dead. Philosophers have not kept up with modern developments in science. Particularly physics.”

Very interesting isn't it? I'm not gonna say publicly that what Mr. Hawking said is totally wrong, as my daughter still needs his dad for a couple of years. But that is sure some good food for thought...
/...\ Peace, Love, Telemark and Tofu /...\
- Never trust a guy who recommends T4s and pins
"And if you like to risk your neck, we'll boom down Sutton in old Quebec..."
Top

There is a way out of here. It's not just work/fuck/pay-for-stuff/fuck/sell-your-house-for-profit/get-old-and-die. There is really a way to get out of this world. And that is the main goal. To find the path, one must start with very simple things. But most people don't even bother to find the exit, they just wait, sit on their ass thinking the world is a complicated useless mess and die. Once you realize there is an exit and you're able to see it, there's no turning back.
/...\ Peace, Love, Telemark and Tofu /...\
- Never trust a guy who recommends T4s and pins
"And if you like to risk your neck, we'll boom down Sutton in old Quebec..."
Top

If the way out involves a smart phone... then I don't want to go

Zen monks chant at each mealtime the followings:
We hope to be as neutral as possible when we eat.

The flowing river never stops and yet the water never stays the same.
Top

Your name is blueprint.
And you're promoting a website called The Energy Blueprint.
C'Mon!! 5 Walkies talkies for Kids - 5 Cheese Cutting Slicers - 5 review
Last edited by HughAdam on Fri May 10, 2019 10:59 pm, edited 1 time in total.
Top 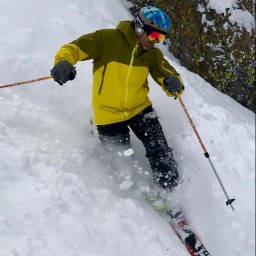 Well look at me digging up this thread!

Mike - did you find what you were looking for? About 2 years ago i asked the same question - did a bunch of googling - and found this guy: https://www.youtube.com/watch?v=fKRRiJLb234

So - it seems rediculous at first. But when you think about it - plants produce fruiting structures to continue their lives through offsprings. Some of those fruiting structures are full of sugar and are intended to be eaten by mammals who will then spread the seeds around in exchange for the sugar! It's like - not only "no-kill" but it is also a good deal for the plants (in the old days anyways).

So I actually did that for 3 months. Lost 40 pounds of overweight - stopped being sick all the time. Needed less sleep - and in general felt great! Pressures of society came in though and for the last 1. 5 years i have been "only" vegan.

While I think the the "no-kill" fruit only diet is ethically, spiritually and health-wise the best choice... I have found that the vegan diet is a good compromise. It seems to me that the different between eating fruit and killing plants is vastly small compared to the difference between killing plants and killing animals. I have tried the though experiment of imagining the best case scenario of each: and how it effects my emotions... and if that is any valid test, it is still worth it to go vegan.

That being said - I am in the continuous effort myself to move my diet towards the only no-kill diet i know of, eating fruit!

Now also - I know there is a lot of paleo/anti-carb/keto info out there right now. And I shoudl say - for about 7 years before i found this new way I was pretty strictly "paleo"/"Low carb". For the first few years "it worked". Then I started to get sick all the time. Personally - I have found that a lot of the anti-carb/sugar things out there can be traced back to so called science studies funded by the dairy and meat industries. So - i hear people responding ot my comment already about the danger of so much sugar. But man, I have _never_ felt so healthy and incredible in my life than when I was eating _only_ sugar in the form of fruit. It was amazing.